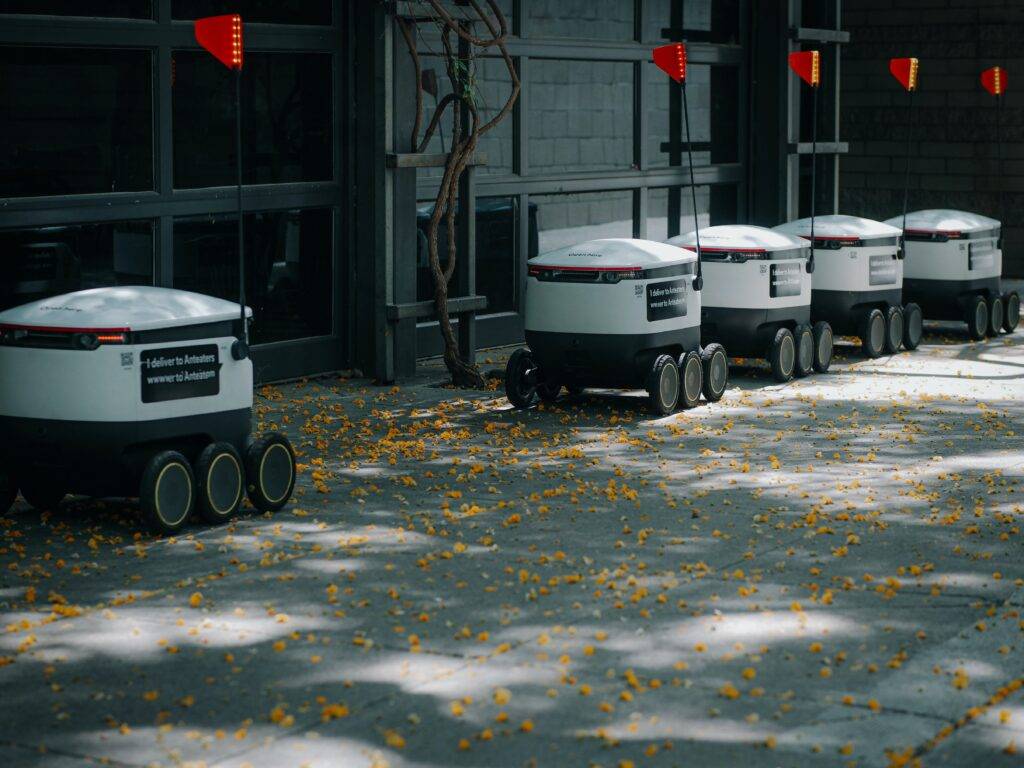 Robotics in Logistics: How Distribution is Changing

Every day robotization in various spheres of human life takes another step towards development. In our homes, robots appear that help us in cleaning, training and looking after the safety of our homes or households. Artificial intelligence is getting better at managing our cars, and in some supermarkets, instead of cashiers, terminals are now used. Also, active robotization has not bypassed the industry and logistics. Below you will find some information on how exactly advanced robots help people with modern distribution problems.

What is robotics in logistics?

Robotics is a scientific and technical basis for the design, production and use of robots.

In industrial distribution, robots are used to automate many routine tasks: organizing, receiving and issuing parcels, delivering, searching for products in a warehouse, etc. These AI technologies can handle more complex queries and produce results in seconds. In addition, the robot’s intellectual abilities allow it to learn, memorize and understand new tasks based on algorithms already known to it.

Types of robots and artificial intelligence in logistics

Many processes in logistics no longer require human involvement. Now robots are doing great at those tasks.

Robots sorting order components are a real breakthrough in AI. Many warehouse operators face the same problem – finding workers willing to do repetitive work. The task of processing about 170 orders per hour, three per minute, eight hours a day is not something that can keep employees in their positions. The same cannot be said about robots. And the AI’s ability to learn is an incredible advantage. The fact is that an ordinary robotic arm can be programmed to perform the same movements without any problems. But as soon as it collides with an unknown object, it will crash. Therefore, AI is needed to “see”, analyze and adjust.

As a rule, warehouse drones are equipped with modern sensors and sensors that prevent possible collisions with immovable or movable objects; a soft landing system in low battery conditions as well as an autopilot and cameras, guaranteeing reliable navigation inside the warehouse. At the same time, drone technology allows them to easily scan barcodes, QR codes or even carry a terminal for reading RFID tags. Thanks to these features, they are able to cope with inventory of goods dozens of times faster than traditional methods. In addition, the active implementation of automation in the amount of delivery drones will allow customers to receive an order in just 30 minutes.

For RFID technology to work properly, everything in the warehouse (products, storage locations, containers) must be marked with appropriate tags. Then the RFID reader will be able to mark all the items that have been taken and will automatically create a new item in the order or in the data accounting system. Such tags contain much more information about the product, which will also help to better control the processes of inventory, movement or discovery of a particular product.

Robotic cars are autonomous robots that move on autopilot or using a control panel. These are usually small but extremely powerful vehicles. Despite their rather compact dimensions, robots are able to accelerate the speed from 1.5 m/s and lift from 500 kg of load. Equipped with anti-collision sensors, they can freely move around the warehouse, reading information about products using QR codes and RFID signals.

Earlier, during the reception, movement or search for products, the time and labor costs were very high. Now, with the help of robotics, these processes take dozens of times less time and human effort. The robots unload the pallets, transfer them to the indicated places, sort the products, etc. Equipped with various sensors and artificial intelligence, the machines accurately identify the required products in the warehouse, minimizing all errors and inaccuracies.

Optimizing space and tight inventory management are essential to a successful warehouse. Robotic technology is free from what is called the “human factor” – the number of errors in the operation of drones, robotic vehicles or RFID systems equals zero. Accurate machine reports help you avoid waste and organize your space efficiently. Such systems are especially useful for large market representatives whose warehouses are deep rooms with high racks and a huge product catalog.

In addition to robots in warehouses, unmanned vehicles are also actively used in logistics – trucks controlled by artificial intelligence. While such technologies are still being tested, some companies are determined to replace human drivers entirely with AI, or to keep their participation to a minimum. For example, Silicon Valley-based Peloton Technology announced in 2019 an automated vehicle control system that allows a single driver to drive two self-driving trucks at close range. This solution saves fuel and other labor resources. On the other hand, UPS actively uses unmanned trucks without human intervention as parcel delivery service providers. These vehicles are capable of covering up to 1000 miles. Despite the many shortcomings of robotic ground and flying deliveries, many are sure that their imperfection is just a matter of time and are ready to spend considerable sums on the development and use of high technologies.

In today’s world, robotization is a catalyst for economic growth and a tool for improving the quality of logistics services. The development of robotics and artificial intelligence has become the unspoken race of the 21st century. But can everyone afford to take part in it? And how does robotization affect the fate of ordinary workers?

Only those who are able to cover all the necessary costs can take part in the race for the right to be called the most robotic enterprise. Yes, AI technology costs a lot of money. Unlike conventional robots, artificial intelligence requires customization. This is not one program, but several independent systems that must be correctly interfaced. Only in this way can they be as effective as possible.

AI cannot control an ordinary computer or a robot; it requires equipment with rare materials. In addition to the equipment, its constant updating with technical inspection will also require considerable costs. You will also have to pay huge utility bills. After all, machines consume a significant part of energy during the working day and in some warehouses around the clock.

For entrepreneurs, non-stop processes and tireless employees are worth their weight in gold. But there is another side of the coin – the working class ceases to be such. A large number of employees who previously held positions in warehouses are forced to look for new jobs. And given that most companies strive for full automation and robotization, they have to partially or even completely change their qualifications.

The development of artificial intelligence and related technologies is advancing by leaps and bounds. At the moment, far from the full potential of AI has been revealed, but we already see the active exploitation of robots in various areas of our life. Now it is important to understand that the developers will not stop there and very soon robots will take many more jobs. The only thing that will help a person not to lose relevance is the ability to interact and work together with artificial intelligence. 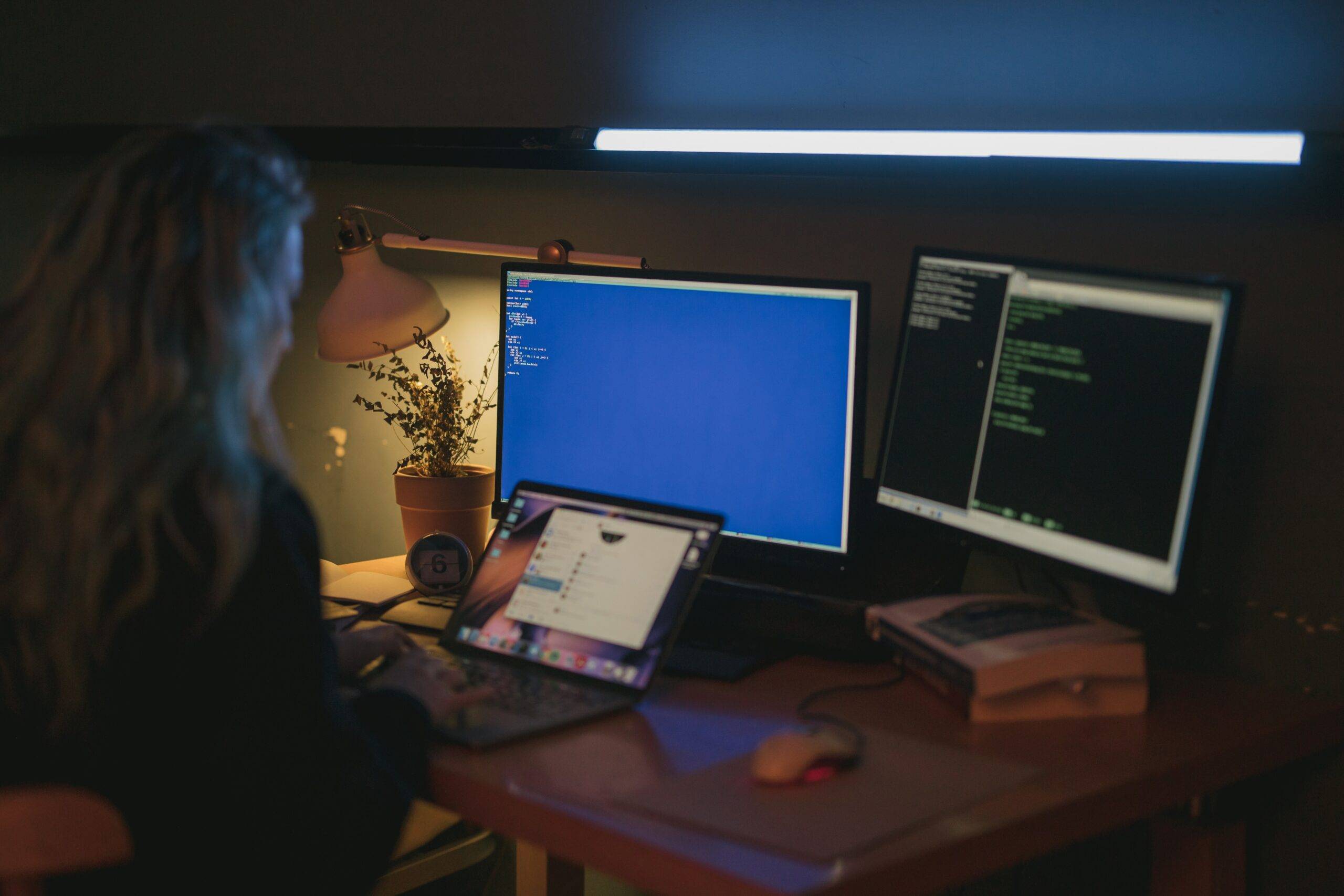 Control or context. How to choose a company management model

The exemplary company of the industrial period resembled a symphony orchestra – impeccably precise, harmonious, well-coordinated. Only instead of the notes…
READ MORE 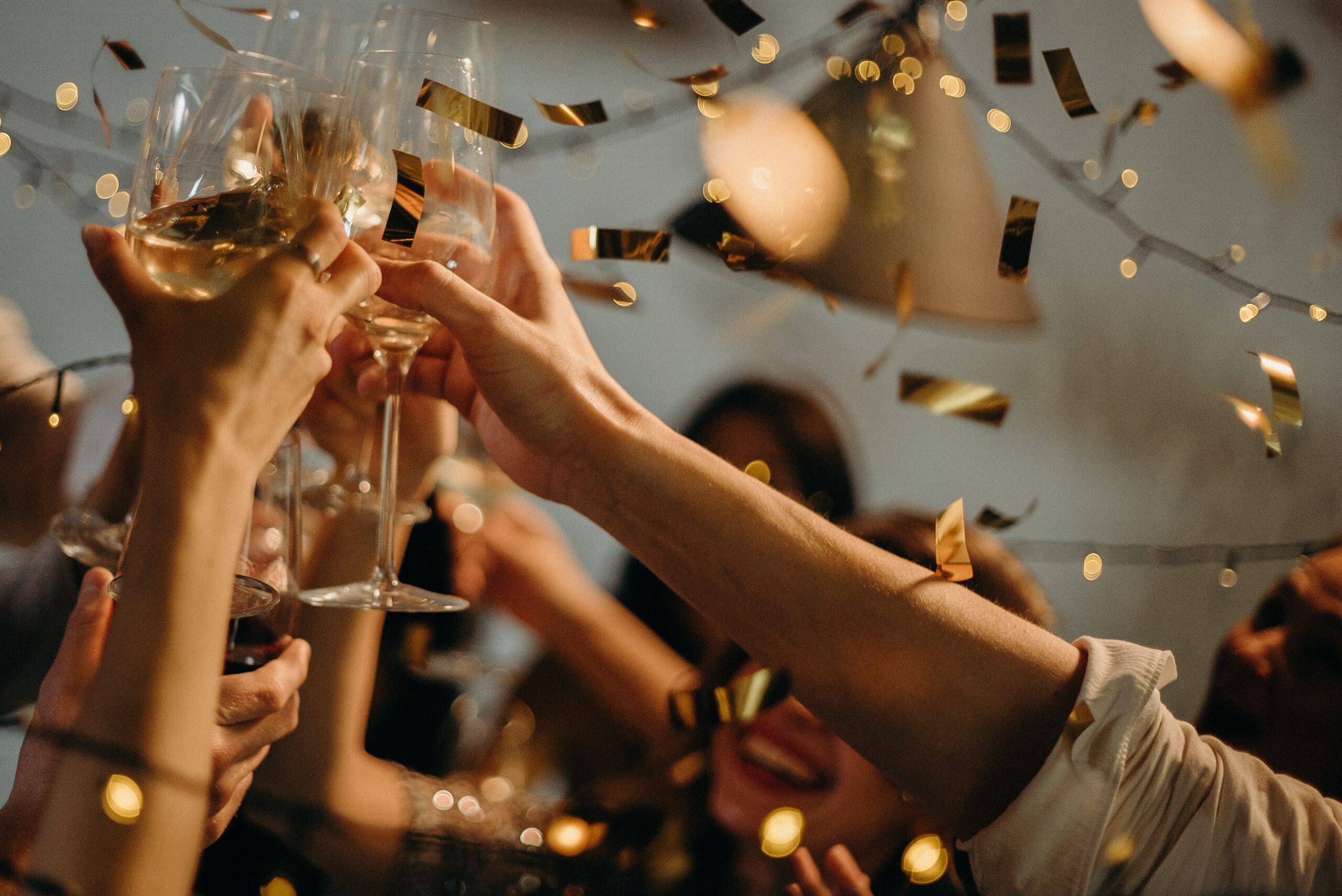 We end the year beautifully. 5 things to do before December 31st

Running around, fuss and confusion are faithful companions of New Year’s Eve. And I want to spend them with feeling, sense…
READ MORE 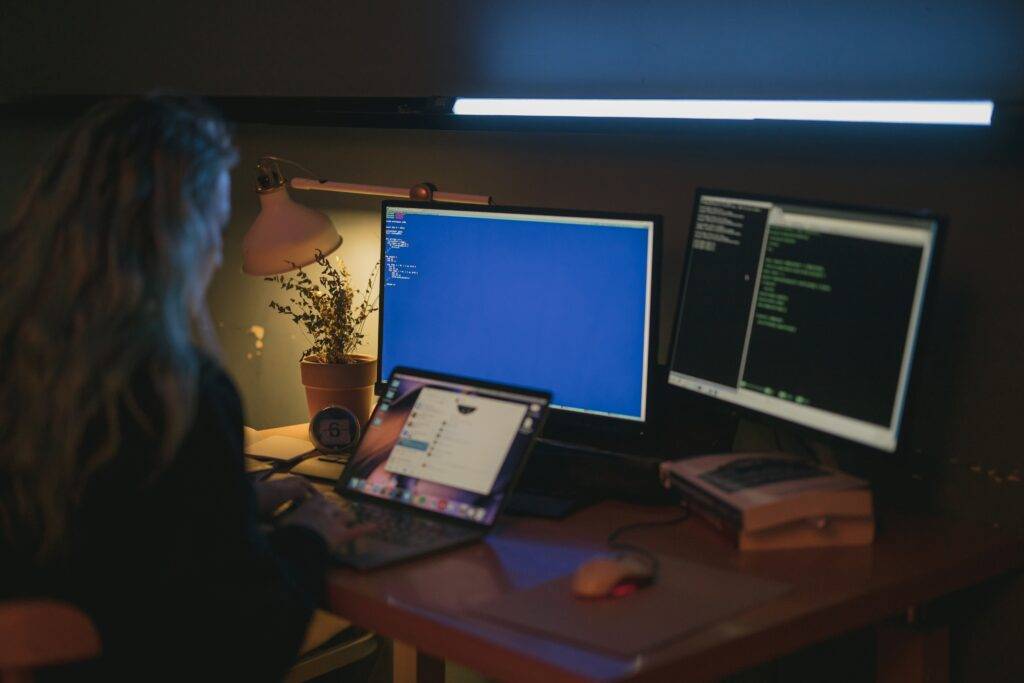 Control or context. How to choose a company management model 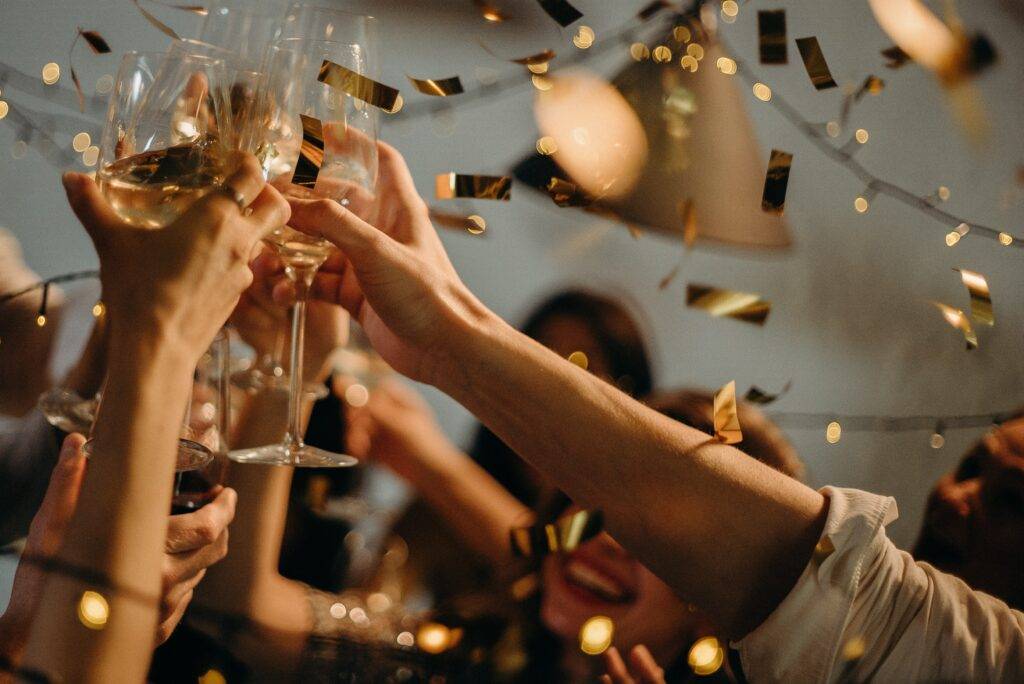 We end the year beautifully. 5 things to do before December 31st 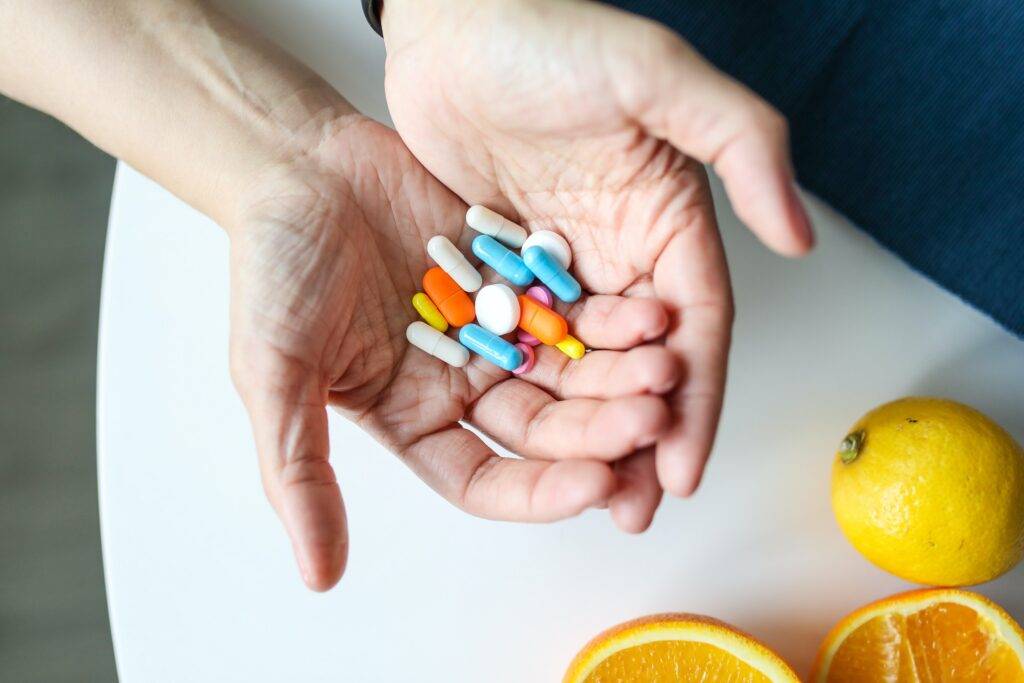 Health is the most precious thing we have!